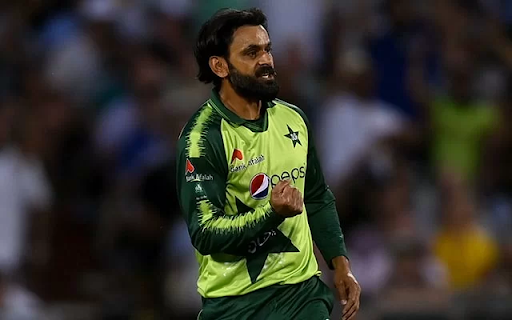 After being ruled out of the first leg of the ongoing National T20 Cup, Pakistan cricketer Mohammad Hafeez was diagnosed with dengue fever. The veteran was supposed to play for Babar Azam's Central Punjab team, but his participation in the tournament is now in doubt. Hafeez missed the first part of the season due to food poisoning in Rawalpindi.

He then returned to Lahore, where he was diagnosed with dengue fever. The platelet count of the 40-year-old has also fallen significantly. After victories over Balochistan and Khyber Pakhtunkhwa, Central Punjab is presently second in the points chart. Babar's team began the competition with a 36-run loss to Khyber Pakhtunkhwa, but they have since recovered.

The National T20 Cup's second leg is set to begin on October 6, and Hafeez's participation is contingent on his recovery from dengue fever. Hafeez last played cricket earlier this month for the Guyana Amazon Warriors in the Caribbean Premier League's 2021 edition.

He scored 179 runs at an average of 29.83 in the Caribbean Premier League, with the best score of 70 against the eventual champions St Kitts and Nevis Patriots at Warner Park. In addition, the Sargodha native took five wickets, including a three-wicket haul against the Trinidad and Tobago Knight Riders.

Hafeez is also a member of Pakistan's T20 World Cup squad, which will begin on October 17 in the United Arab Emirates. The veteran was supposed to play in the ODIs and T20Is against New Zealand, but the series was called off after the Black Caps expressed security concerns.

Due to the termination of the series, the National T20 Cup is Hafeez's sole opportunity to prepare for the T20 World Cup. Even in his 40s, Hafeez has remained a vital member of the Men in Green.