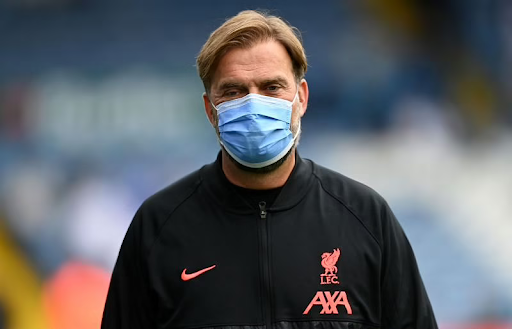 Liverpool manager Jurgen Klopp has advised his players not to get off to a sluggish start in the Champions League this season. On Wednesday night, Liverpool will face AC Milan in a Champions League group match at Anfield.

This season, Jurgen Klopp's squad is in the Champions League's 'Group of Death.' Atletico Madrid, the La Liga winners, AC Milan, the Serie A runners-up, and Porto, the Portuguese heavyweights, are all in the group.

The German believes that his team must get off to a good start in the Champions League if they have a chance of reaching the knockout stages.

On the other hand, Jurgen Klopp was upbeat about his team's chances of progressing from the group stage. However, the former Borussia Dortmund coach issued a warning to his team.

Liverpool will take on an AC Milan side that has won all three of their Serie A games this season. In three league games, Stefano Pioli's team has scored seven goals and surrendered only once.

Despite being connected with several strikers during the transfer season, Liverpool chose against adding a centre forward this summer. Jurgen Klopp has used Diogo Jota as a No. 9 on occasion this season, but he still believes in Roberto Firmino.

The Reds, on the other hand, are low on attacking alternatives and rely heavily on Sadio Mane and Mohamed Salah's goal-scoring ability. Midway through the season, the two will join their respective national teams to compete in the Africa Cup of Nations.