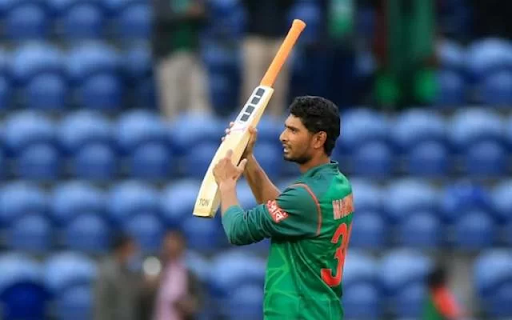 Bangladesh's 15-member team for the forthcoming T20 World Cup 2021 in the United Arab Emirates was announced by the Bangladesh Cricket Board (BCB) on Thursday, September 9. The announcement came after the Tigers won their first T20I series against New Zealand by six wickets on Wednesday, September 8, at the Sher-e-Bangla National Stadium in Dhaka.

Mahmudullah Riyad will lead the Tigers at the major tournament, which will begin on October 17. Mahmudullah is Bangladesh's most successful T20I captain, having won 13 of their 26 matches. Mahmudullah Riyad has eclipsed the legendary Mashrafe Mortaza, with 10 wins from 28 T20Is between 2014 and 2017 during the current series against the Black Caps.

Tamim Iqbal had previously withdrawn from the T20 World Cup after not playing in the format since March 2020. The candidates for the opening slots are Liton Das, Soumya Sarkar, and Mohammad Naim Shaikh. Mushfiqur Rahim has stated that he does not want to maintain wickets. Hence Nurul Hasan Sohan will most likely be the one to wear the gloves in the multi-nation event.

Shamim Hossain Patwary, who has risen through the ranks since the Bangladesh U19s' World Cup victory in 2020, has also been included. Afif Hossain Dhrubo and Mahedi Hasan make up the middle order, and both have recently impressed. With the ball in his hands, Mahedi has shown to be a valuable asset. Nasum Ahmed has also been awarded for his outstanding performances against the Australians and New Zealanders.

In 2021, Shakib Al Hasan struggled with the bat, but he rediscovered his mojo during the Zimbabwe trip. He was name as the Player of the Series in the match against Australia. Mustafizur Rahman, a left-arm, has been difficult to deal with, especially in spin-friendly conditions.

The other pacers in the squad are Taskin Ahmed, Shoriful Islam, and Mohammad Saifuddin. Rubel Hossain, the Tigers' World Cup hero in 2015, and leg-spinner Aminul Islam Biplob were also named to the reserves. Mosaddek Hossain was unable to get a spot in the squad.